Take a look at the review of the debut album from Croatian metal band Kryn. This article, written in German language was published in the RockHard magazine. Our bass player, multi-instrumentalist Mario Tomašković plays guitar in that band !

“Guitarist Mario plays in the Rammstein cover band Kein Engel, but his band Kryn goes in a different direction. The Croats are rather based on American role models. The intro riff to ‘New Disease’ reminds of Papa Roach “Between Angels And Insects’, and a certain proximity to Stone Sour is also striking. In direct comparison, the newcomers go in a significantly trickier business and with their complex rhythms and numerous breaks they show a fondness for prog metal. Although playful, everything is in the green area and, for example, between the tempo from carryover at ‘A / D / D / I / C / C’ certainly has its appeal, slightly less frickeling the bottom line would have been more. Notwithstanding a strong debut with a strikingly good singer (best example: Hurt).” 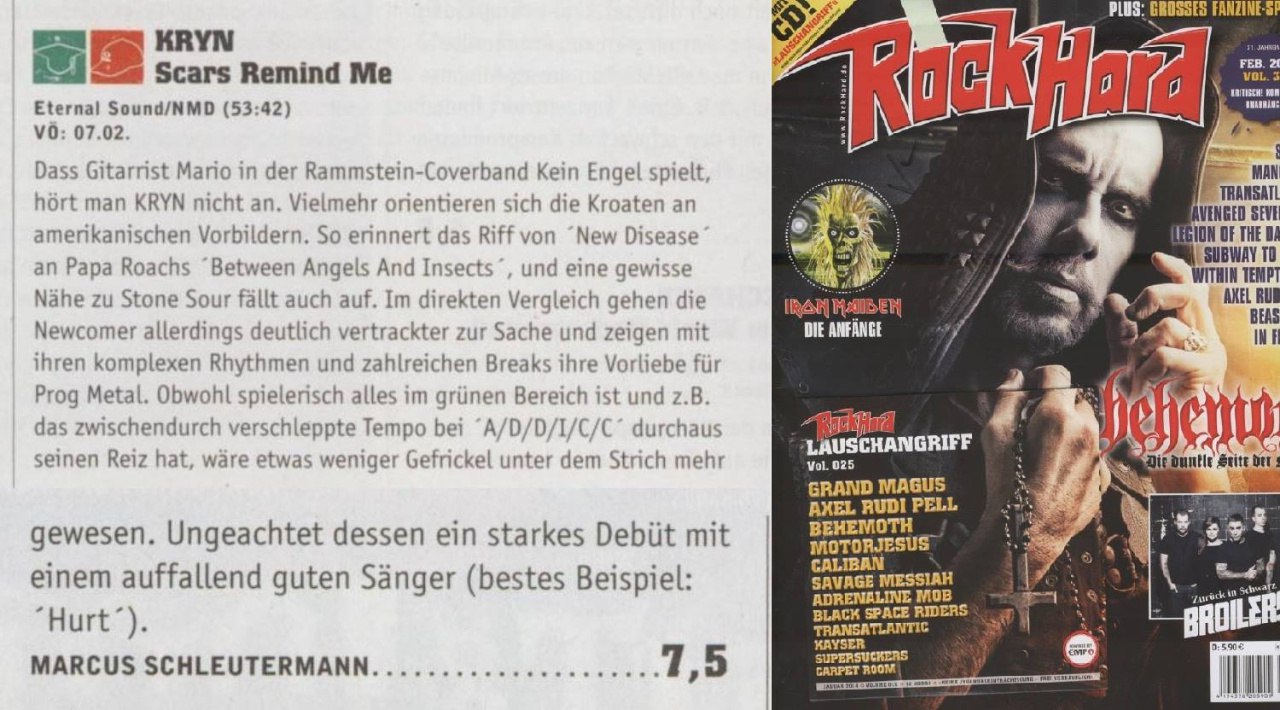